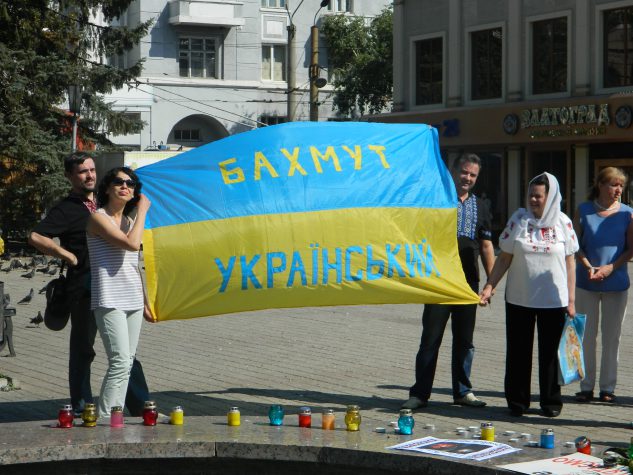 “Bahmut the Ukrainian” NGO started as a volunteering group in spring 2014 when our town, Bahmut (from 1924 to 2015 known as “Artemivsk”), faced first public disturbances, met illegal armed groups and welcomed first refugees. In the beginning our group consisted of several local residents who refused to accept the concept of living in the “Russian World” and who made efforts to enforce the law and bring back peace to the town. Now our organization consists of over 50 activists and several hundred volunteers.

Our main activities are the following: